The news about Apple removing the Home Button from the upcoming iPhone 8 might have arrived as bit of a shock for many users. But a more important thing is how Apple going to fill that gap.

According to a report by Bloomberg, whose sources have seen the images, the thing which is going to replace the home button is a thin software bar placed at the bottom of the screen, coupled with gesture controls.

The bar can be dragged up to the middle of the screen to wake the device from sleep. When used inside an app, it could be used to explore more features, like the redesigned multitasking for the new iPhone. The user can drag it up to the top of the screen to reach the home screen. 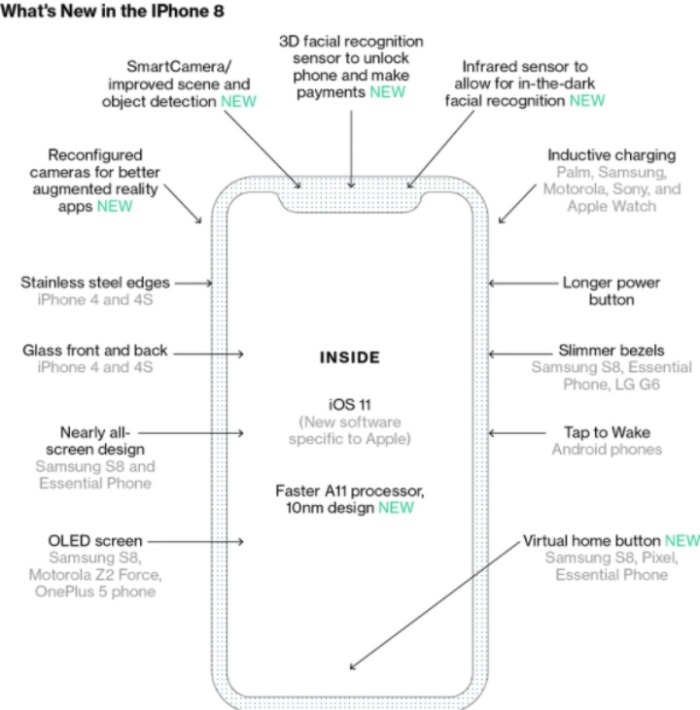 Bloomberg, claiming sources, also notes that the new iPhone 8’s screen would have round corners and it would slightly taller than that of iPhone 7 Plus. A redesigned dock, on the likes of iPad running iOS 11, is also in the plans.

Having a virtual home button would definitely be a new experience for iPhone users. But it may take a while to train and get used to it.
However, all we can do it wait for a couple of weeks until Apple announces the next-gen iPhone on September 12. According to earlier reports, Apple might be preparing three different models for this release.

What do you think about Apple removing the home button?

Drop your thoughts and feedback.