Takoradi Fashion designer slashes his own throat over ‘broken heart’

News reaching us from MY NEWS indicates that a young man of 38 years of age from Takoradi in the Western Region has slashed his own throat to death at New Site, an area around Takoradi Poly, over what is believed to be ‘broken heart’. He was allegedly jilted by his girlfriend.

The young man has been identified as Kwame Ntiako Aboagye and many residents of his area have taken to social media to mourn and commend his talent as one of the best fashion designers in the Takoradi area.

It is not immediately known what specifically necessitated his decision to take his own life, so painfully.

“It is very true he killed himself on the T Poly park at new site , all what he was saying was he doesn’t want to live anymore due to what he has witnessed …. I’m an eye witness (sic) and it’s very, very sad”, an eyewitness said.

Another eyewitness said, she witnessed the deceased grab a knife from an orange seller and dash into the bush, threatening to kill anyone who attempted to stop him from taking his own life.

“I was there when he killed himself. He collected a knife from an orange seller to take his own life. Claiming he don’t (sic) like what he has witnessed”.

MYNEWSGH.com was told he sustained injuries in a fight he put up with another young man who rather unsuccessfully attempted to prevent him from taking his own life with the knife he grabbed.

The good Samaritan used a stick to fight with the deceased, using it to hit the deceased hands to drop the knife, but abandoned the enterprise when his own life appeared in danger with his failure to disarm the now late Kwame Ntiako Aboagye.

His lifeless body has since been deposited at the Effia Nkwanta Regional Hospital morgue, while condolence messages are pouring in for his family over his loss.

The police are yet to speak officially on the incident. 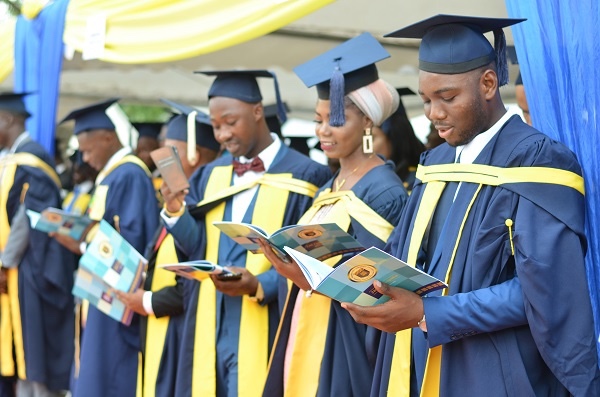