The couple – famously pictured hand-in-hand as Mr Mandela walked free from prison after 27 years – were a symbol of the anti-apartheid struggle for nearly three decades.

However, in later years her reputation became tainted legally and politically.

Family spokesman Victor Dlamini said in a statement: “She died after a long illness, for which she had been in and out of hospital since the start of the year.

“She succumbed peacefully in the early hours of Monday afternoon surrounded by her family and loved ones.” 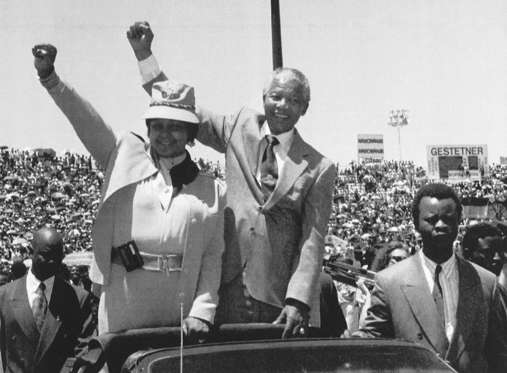