Sleeping with another man’s wife knowingly or unknowingly attracts some curses or punishments but this becomes worse if the woman happens to be the wife of a man of God.

A supposed wife of a popular Ghanaian Bishop has been exposed as a sex pervert who slept with the home tutor of her child.

An anonymous Ghanaian woman who opened up to Facebook relationship expert, David Papa Bondze-Mbir, has revealed how despite her efforts in pushing off the bishop’s wife from her husband proved futile.

“The wife of the Bishop started taking my husband and her son out on lunch breaks. It got to a time they started exchanging text and WhatsApp messages. She started calling my husband a lot, even when he is home with me, pretending to be checking on us. She did talk to me on phone, anytime she called my husband’s line.”

The woman who sensed danger, forwarded screenshots of conversations between her husband and the bishop’s wife to the Bishop himself for him to be in the known of what his wife was doing secretly behind his absence.

“Dave, I took photos of their chat the first time I went into my husband’s phone. I forwarded everything to her husband, and sent another warning through him.”

Despite her efforts, husband eventually slept with the wife of the bishop.

“My husband went ahead to sleep with the woman after a few months, and then, they ended things between them. My husband was into her for her money and probably, the sex, but then I forgave him. I hate what he did, but I forgive him.”

Read how the woman and seven others wrote on #TheInfluenceOfPastors in their private lives.

1. “My husband was contracted to give home tuition to one of his High School students, during one of their long vacations. The pay for that extra classes was good, so he took it. It was in the house of the Bishop.

After his first month on the job, I sensed something different in the way my husband, usually would carry himself. The first week on the job, I got to know the Bishop was hardly home. He traveled to preach a lot. I also got to know the Bishop’s wife started praising my husband (He told me himself) for being a good teacher to her kid. Apparently, the child didn’t like studying, but he developed an interest in my husband’s style of teaching, he was always eager to study.

The wife of the Bishop, started taking my husband and her son out on lunch breaks. It got to a time they started exchanging text and WhatsApp messages. She started calling my husband a lot, even when he is home with me, pretending to be checking on us. She did talk to me on phone, anytime she called my husband’s line.

I got furious, so I asked my husband if I needed to be alert: he said nothing was going on. Then I got into my husband’s phone one dawn – when it vibrated around 1:20 AM. It was the Bishop’s wife. She was telling my husband so many things about her marriage, and how unhappy she sometimes feels, because her husband is hardly home.

She then started texting the ‘I miss you’ and the ‘I wish you were home with me’ and the ‘I care about you’ bullshits. I stormed her home the following morning to warn her. My husband came home from her place that night, all angry and rude. He wouldn’t talk to me. He cautioned me never to embarrass him like that again, and then, went to bed. He was still chatting and flirting with her, so I managed to get her husband’s number.

Dave, and I took photos of their chat the first time I went into my husband’s phone. I forwarded everything to her husband, and sent another warning through him. Bishop fired my husband. My husband went ahead to sleep with the woman after a few months, and then, they ended things between them. My husband was into her for her money and probably, the sex, but then I forgave him. I hate what he did, but I forgive him.” ================================

2. “Hi Dave. This is my story. My spiritual father is my head Pastor. I helped the Church a lot with my singing. Daddy preferred I sang for him before he preached. He loved me as a daughter, and always wanted the very best for me. He became a huge influence in my life, I realized I wasn’t able to even date any man he hadn’t approved of. He had a negative vision of any man I introduced to him as a potential boyfriend. He would always tell me,

“That man is not him. He is not of the Lord. Be patient.”

I was patient till my 28th birthday, when this rich guy from London, visited us for a month. His mother is a member of the Church, so he just came with her. The Church was organising a fundraising that Sunday, and the guy gave. Over 30, 000 Ghana Cedis.

Immediately after the gentleman’s offering, Daddy called me to come sing. He made me sing for over 20 minutes. The following day, Daddy invited me over to the house. The gentleman and the mother were there .

To cut the long story short, the man was in a process of separating from his wife (that was the story he fed us) and wished he could marry a decent lady. Daddy told me he was the one meant for me, and persuaded me into accepting him as a friend. Within a week, the guy wanted us to be intimate, because he was leaving the country the following week. I refused him sex.

We kept in touch when he returned to the UK. On the 23rd of April, 2013, he asked for my hand in marriage. He confirmed his divorce to his first wife. He has a big house in Accra, so that’s where I am staying right now, with his mother. I am taking care of his aged mother, Dave. All his siblings are outside of Ghana.

I only get to see him, twice every year. And he stays for just a month. A friend of mine in the UK tells me he is still married to his British wife. He has been paying so much offering through Western Union money transfer to my Pastor. He’s bought the pastor a car. He invites him to London, but not me.

3. “My husband used to be an executive member of our former Church, and the presiding Bishop was used to calling for unnecessary meetings. Days my husband had to be home with me and the kids, this Bishop would figure out a way to have a meeting concerning the Church. Sundays after Church, there would be meetings. Weekdays after work, there would be evening meetings. Holidays, Dave, even holidays, there would have to be an emergency meeting.

It got to a time the kids weren’t seeing any more of their Dad, because he was always in Church, at a meeting. It was affecting our marriage, and my husband wasn’t seeing it – or he just felt there was nothing he could do. So I did something! I had to do something!

I invited myself in one of those useless meetings and told the Bishop my piece of mind, in the presence of the entire executive board. I took my husband’s hand, and then walked the hell outta there.

My husband’s position became vacant after that day. That’s what saved my marriage, Dave. That drastic action got my husband out of bondage. Surprisingly, he wasn’t upset with me. He was pleased and grateful.

4. “Let me say mine directly here …. It’s only counselor (… Name withheld …) who predicted (to me) that my relationship will collapse if my girlfriend is supporting me in school. Actually it’s been over Six (6) years since I graduated and have also sent my woman to school. Everything is working perfectly, and soon, we will be married.

I wasn’t bothered about it when we were dating, because I was getting it elsewhere. My wife and I were having sex while dating, but I didn’t make it an issue. It became a problem after marriage because I intended not to cheat on her if we married.

Some of these stupid sermons they preach is what is breaking marriages. I took my wife to Lighthouse for a month, and she was lightened. I am not a member of Lighthouse. I just know about their rawness when it comes to sex in marriage. I realized if I didn’t help my wife to see sex in marriage as a good thing, I would resort to cheating.

6. “I found the love of my life. We had plans to marry but because we were engaging in pre-marital sex, her Church refused to host our wedding. Her Pastor, emphatically, told me he would not support our union with his presence.

7. “I divorced my wife because she wasn’t using make-up. She wouldn’t fix her hair with creams. She wouldn’t wear hot pants or trousers.

I couldn’t tell whether or not I was married to a woman, because I didn’t find anything about her attractive anymore. She made a barber cut off her hair. At a point I thought I was married to myself. Then I got to know her spiritual leader was the one teaching them that.

I found an attractive woman who carried herself well. I cheated on my wife with this new chick, divorced the first chick, and then married the new chick.”

8. “Hi Dave, I may be late but would be very glad if you could share my story on your wall. I moved to a new place and started fellowshipping with a Saturday church there. Some months after I joined that church, the pastor, an academic PhD holder connived with a woman many years my senior to come get me to marry her. When she first approached me I told her that I already had a fiancee (which was the truth) and that I was many years younger than her. She reported this to the pastor and this man told her that none of my excuses mattered. He literally encouraged her not to give up on me. One thing that still shocks me till this day is that, this pastor didn’t know me from anywhere and never bothered to get to know. I was not even a member of their church. I only went there to fellowship. Things actually got out of hand and up until this day I don’t have any respect for that pastor neither do I have any regard for the pastors in that church. What is the sense in arranging marriages for people simply because one person is interested in the other?”

(Compiled from the inbox of David Bondze-Mbir) 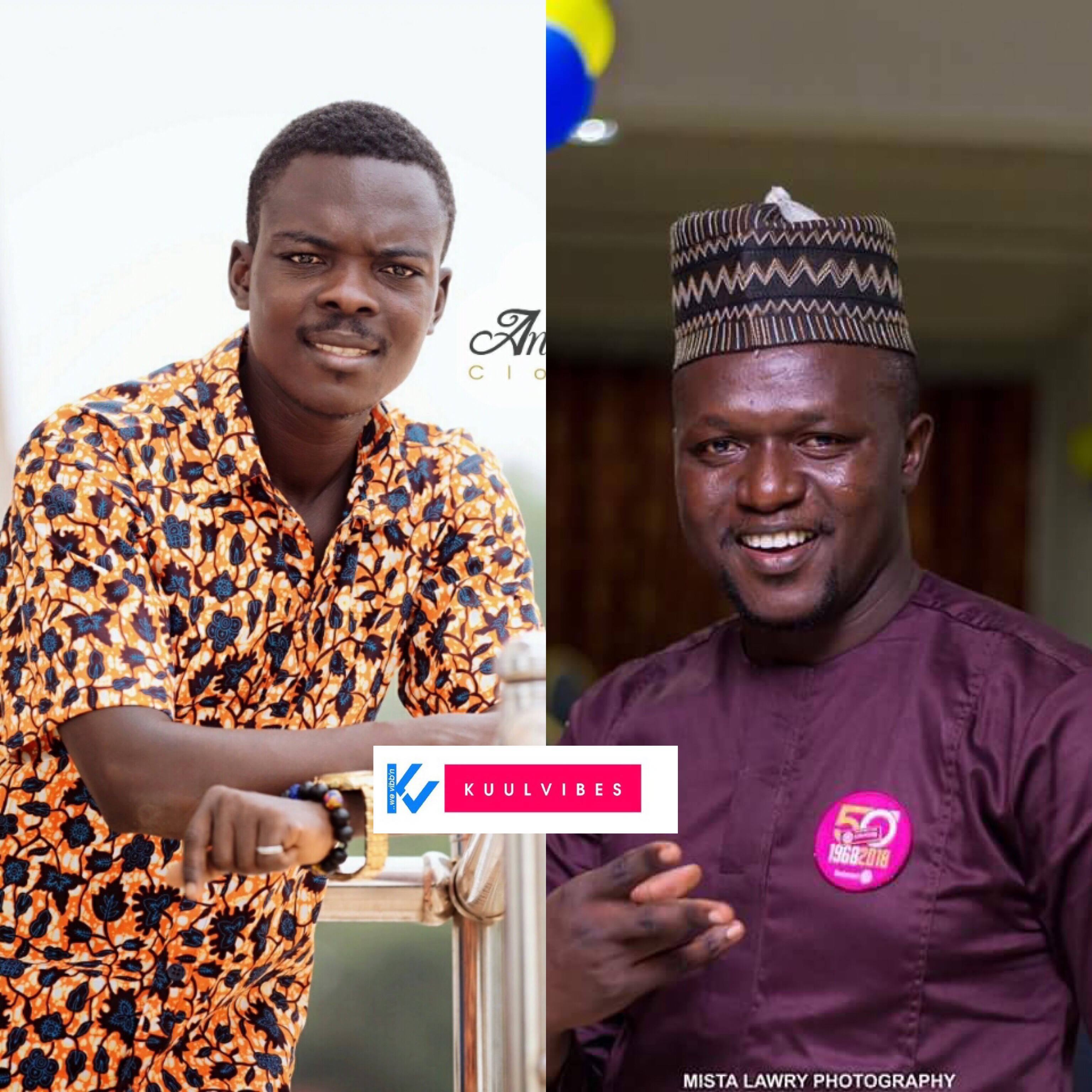 Stretching his hand up to reach the stars, too often man forgets the flowers at his feet. - Jeremy Bentham
Tweet!